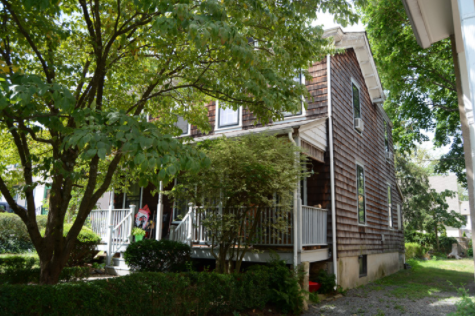 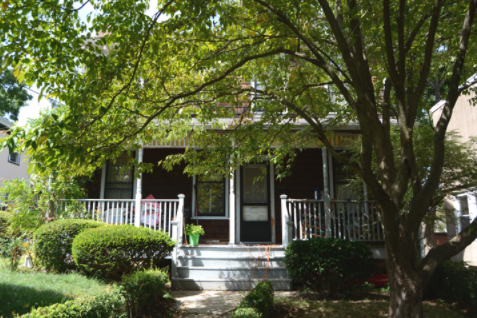 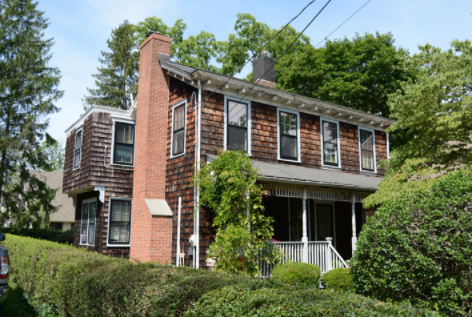 This property contains a frame, 2-story, 4-bay residence with an end- gabled, asphalt shingled roof and a large two-story rear addition. The house, though vernacular, has Greek Revival elements at its roofline: slightly overhanging eaves under flatted roof along cornice line, molded cornice, and decorative scroll-sawn wooden brackets. This is a key element of the house, in addition to what may be an original half-glazed door and 6x6 sash windows. A single stucco-clad chimney is centered on the roofline; a second chimney is off-center on the south gable end. It features a large, half-shouldered, banded brick chimney that pierces the crest. The walls are entirely clad in wood shingles, rare for W-J. Fenestration is somewhat symmetrical. It consists of 4, 6x6 openings across the 2nd floor; and 4 openings on the 1st floor with flanking, 1x1 windows aligned with the flanking windows above, and a door and window near the center. The location of the centered openings indicates this house was probably a twin when built; the south unit entrance has now been converted into a window. A full-length porch has a shed roof and is supported by five wooden turned posts with a simple squared railing and balustrade (none of this appears to be original). Flooring is wood and rests on block piers. Steps are centered and lead to walk at grade. Foundation is cement clad.

On the south or left façade, a large brick chimney dominates, and the rear 2-story addition extends past the core plane by approximately 7' on 2nd level and 5' on 1st level. The upper level is supported by decorative wood brackets. Fenestration(6x6 sash units): at 2nd level core near SE corner, on addition centered on south façade and on east façade; at 1st level of addition, paired sash units under the overhang and on east façade of addition.