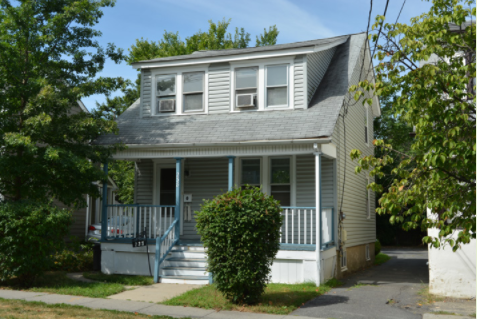 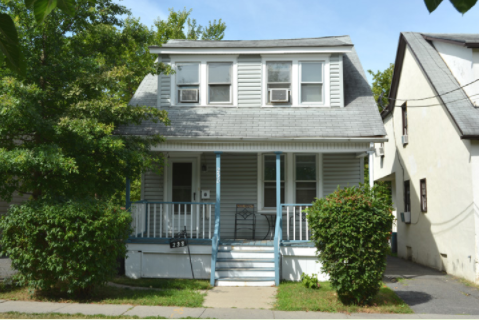 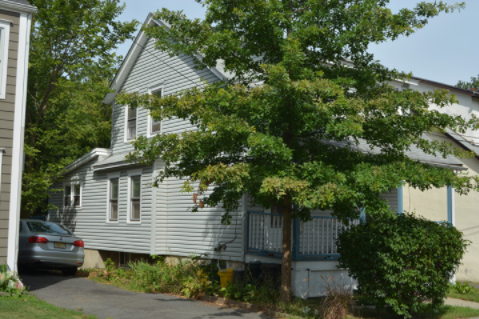 The property contains a 1.5-story Bungalow; its design is very similar to that of 240 John Street. The key features of the core are its dormer, incised front porch, and asymmetrical gable. The core has an end-gabled roof facing east to John Street. The roof is clad with asphalt shingles. The front dormer has a shed roof, vinyl-clad walls, and two sets of paired 1x1 windows with wood surrounds featuring lip lintels. The frame walls of the house are clad with vinyl. Windows are replacement 1x1 double-hung sash units. The main feature of the east elevation is the incised porch; four thin columns connected by a delicate railing extend along the outer perimeter of the porch. A frame set of steps leads down to the grade of the lawn. On the porch, the replacement door is located in the south bay, south of a paired window unit.

The end walls of the house differ widely but provide the clearest view of the asymmetrical gable. The north end has a single rank of windows near the northwest corner, plus two rectangular windows in the stucco-clad foundation. The south end features two second-floor windows offset to the west and aligned over a small rectangular bay with two windows. Below the bay are two horizontal basement windows.

On the rear of the building is a small shed-roofed addition that is aligned with the south wall of the small rectangular bay. It has a thick cornice, vinyl siding on its frame walls, and a concrete foundation.

The house was constructed c. 1925. Historic maps as late as the Sanborn atlas of 1918 show a vacant lot in this location. The house first appears on the Franklin Survey map of 1930 and appears on all subsequent historic maps and aerials.