EMERGENCY ALERT ALERT: Last day of operation for Mary Moss spraypad is Sunday 9/26! Read On... Do you have flood damage from Hurricane Ida? Read On...

Street laid out by James S. Green. According to the 1980 streetscape survey: Hageman (Vol. 2, p. 15): “Named after James S. Green who was one of a company which opened Jackson, Green, and Quarry Streets over the Ferguson tract of land. 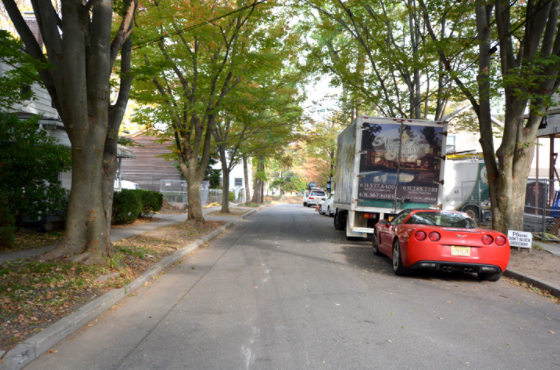 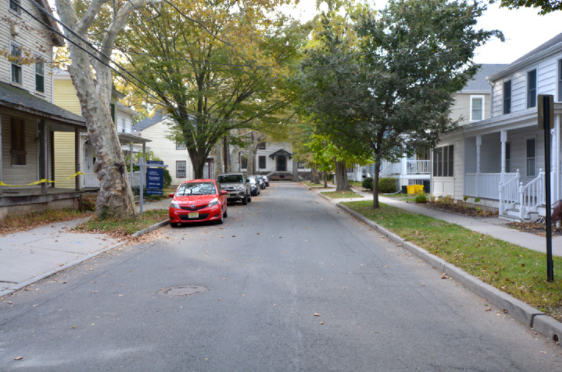 Greater width and more trees characterize Green Street and make this short street different from neighboring streets to the north. Through the first half of the 10th century, Green Street and Jackson Street, its neighboring street to the south (obliterated when Palmer Square was completed), were the oldest streets in this enclave. For the most part, the buildings here are well-kept.

After Witherspoon, Green displays the oldest houses, with roughly 70% predating 1880. More than any other street in this neighborhood, Green Street possesses the small-town ambiance which must have been common in Princeton over 100 years ago. There are a few vernacular Greek Revival, 3-bay, 2-story houses with added porches, and a mixture of buildings from the 1800's – 3 bays, 2½ stories, gable ends facing the street. While most buildings have lost their original surface materials, one retains its ornate porch brackets (# 14). The street is lined with mature trees. Sidewalks line both sides of the street, approximately 3 feet from the curb. The houses are set back from the sidewalk another 3-4 feet, thus approximately 10-12 feet from the street. The rhythm of the street is broken by houses having double lots such as numbers 14-16 and 25-29. Greater variety exists here than on any other street in the neighborhood, and most buildings are well maintained. The majority are single-family houses. The western vista is closed by Dorothea House, a settlement house for Italians in the Princeton area, a stucco 2-story building built in 1913. The crosswalks here are brick, creating a very orderly appearance at this 3-way intersection framed by Dorothea House to the west. The former “Colored Y” is located at the opposite end of the street; recently the building was rehabilitated as the Princeton Performing Arts Center. In the past few years and at the time of this writing [1980], there have been demolitions that have resulted in new construction, architectural designs of which vary in degrees of sensitivity with adjacent buildings and the overall existing streetscape setting. These demolitions and new construction continued during the 2015 survey.

*Information regarding streetscapes is based a streetscape inventory conducted in 1980 with information placed on the NJ Historical Commission's Streetscape Inventory Forms. Pertinent information - description, history, number of resources, etc. was revised based on the 2015 survey of the Witherspoon-Jackson neighborhood resulting in the information below. Numbers such as "1109-7-S13" refer to the individual 1980 Streetscape forms.